A great deal of noise has been made of the risks associated with the production and consumption of coal. Yet even though those risks do exist, they have been very well studied, and we have developed ways of addressing them in a manner acceptable to doctors, patients, insurers, and society.

Indeed, there are now a wide array of techniques and technologies for mitigating the risks associated with coal. Those techniques range from the financial—fiduciary devices to reduce the risk to investors and societies of the gambles involved in coal investment—to medical devices such as the inhaler, a lightweight, sophisticated solution to the inconveniences posed by childhood asthma. Together, all of these technologies make coal production and consumption one of the safest endeavors on earth.

Below, we will delve into just a very few of the potential pitfalls associated with these so-called “clean” energies, which we think will show why the familiar risks from coal are preferable to some very big gambles indeed. 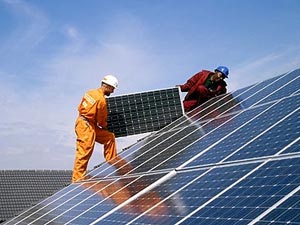 Coal power is, of course, solar power. That’s because millions of years ago, before coal began to form from decaying organic matter, the sun provided the energy that organic matter required to grow and spread. Other forms of fossil fuel—oil and natural gas—are also ways that Nature has found to store solar energy in ways that can be predictably, safely, and reliably released to power our lives.

So-called “solar energy,” on the other hand, refers to the direct use of the violent fusion reactions occurring deep within our nearest star. As you might expect, this kind of “solar energy” naturally comes with a host of dangers that coal’s million-year buffering is designed to avoid. Some scientists refer to so-called “solar energy” as “mainlining the sun”—and it doesn’t take an Einstein to see an overdose looming.

One problem with solar energy is that many proposed solutions include placing solar collectors on every rooftop, or even using the vast asphalt surfaces of typical cities like Los Angeles as solar collectors. The problem with this is, obviously, a complete absence of quality control. If everyone can collect and distribute energy, there is no guarantee of that energy’s quality. Would you trust your neighbor’s four-year-old child to operate on your kidney—or even on a potentially malignant skin mole? Surely not.

As for the forms of solar energy that depend on central distribution, the sheer numbers speak for themselves. Concentrating Solar Towers (or CSTs), like the Sierra Sun Tower, produce 5 megawatts of energy—more than 3600 times the amount that will cause sunburn. CSTs could in fact instantly fry an entire extended family or even village to death, were it located at the point of focus of the solar energy beams.

There are so many varieties of existing solar energy technology, and so many more proposed, that the number and variety of disasters possible simply boggles the mind. The only reason we don’t see more incidences of death and injury from solar today is because it comprises less than 1% of our national energy portfolio. Increasing this amount would only heighten the potential for tragic accidents. 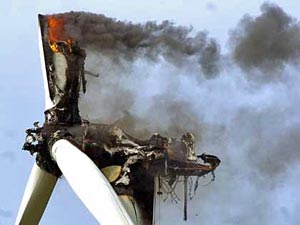 Wind technology is another “alternative” wild card. Every single year, gargantuan wind turbines kill literally thousands of birds—especially when the turbines are located in the middle of migration paths. Exploding bats are also a growing problem, as vibrations from turbines causes the rodents’ lungs to burst apart in mid-flight.

Animals aren’t wind’s only victims. Violently spinning turbine blades are a potential decapitation hazard for curious passers-by who climb up the ladders often installed on the shafts. Also, these high, easy-to-climb structures can be an irresistible temptation for depressives lost in the flatlands where turbines are usually sited, and seeking a means of suicide.

Windmills seem to make it their business to disrupt and destroy any and all panoramic vistas they inhabit. Furthermore, these machines emit a low-pitched, humming sort of white noise that many find distracting, unpleasant, and even maddening. Not wanting to live in stark raving madness the rest of their lives, many residents inevitably turn away from the turbines, leaving behind swaths of empty homes.

But there are also much, much bigger potential problems associated with wind energy. Every science student has heard of the so-called “butterfly effect” from aptly-named “Chaos Theory”: namely, that the flapping of a butterfly’s wings in the wilds of Rio Grande do Sul, Brazil, can set off a massive, community-shattering tornado in Bunker Hill Village, Texas. If, as scientists state, a mere butterfly can cause a tornado so many thousands of miles away, imagine what a hill-full of wind turbines can do.

Actually, a simple calculation shows precisely how much. Suppose a butterfly flapping its wings, producing about 12.5 W of energy, can unleash a tornado producing approximately 100MW of energy. By this measure, a large wind farm—producing 781.5 MW of energy, or the equivalent of approximately 63 million butterflies—could unleash the equivalent of 63 million tornados, or over 6 quadrillion watts of energy. That's still less than one one hundred millionth the energy of an asteroid hitting the earth, but it's nothing to sneeze at, either!

Again, there are risks to any form of energy production, including coal. But the risks associated with coal are well understood, whereas those associated with wind and solar are new, unknown, and multiple. The only reason we don't see more of these consequences is because alternative energy comprises such a tiny proportion of our national energy portfolio.

The potential physical risks of alternative energy, great as they are, pale in comparison to the financial risks. Coal, after all, is well supported and subsidized, directly and via tax breaks. Wind and solar are not; they are in fact the epitome of risky investment. Sustainable, long-term government programs mean safety for all investors. Investing in coal will always be a smart move, especially with well-supported, long-term government subsidies driving down costs, and a near-complete absence of subsidies for so-called "alternative" energies. 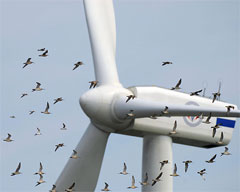 That's because millions of years ago, before coal began to form from decaying organic matter, the sun provided the energy that organic matter required to grow and die.

Wind turbines can kill up to 70,000 birds per year, or 4.27 birds per turbine per year. Coal particulate pollution, on the other hand, kills fewer than 13,000 people per year.

In just 30 minutes, a human being absorbs 2.5 million joules of energy from the sun—enough, for most people, to cause sunburn.